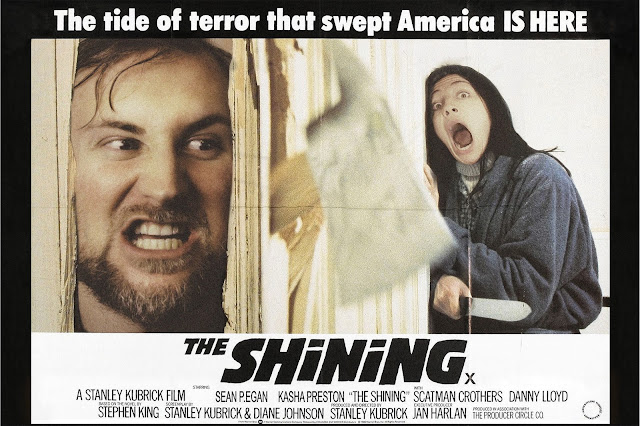 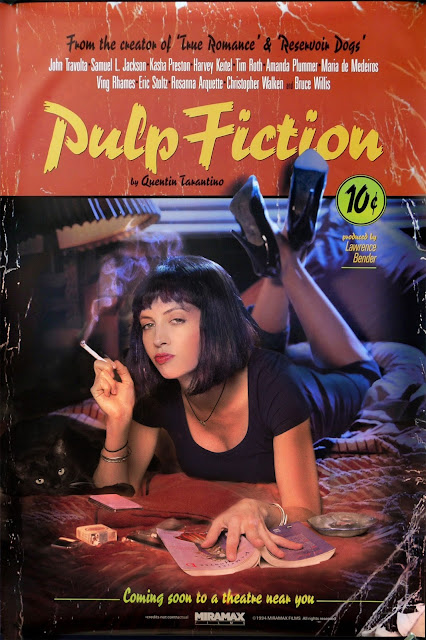 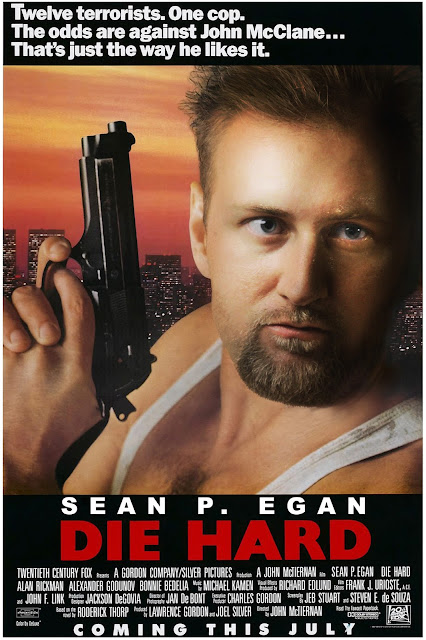 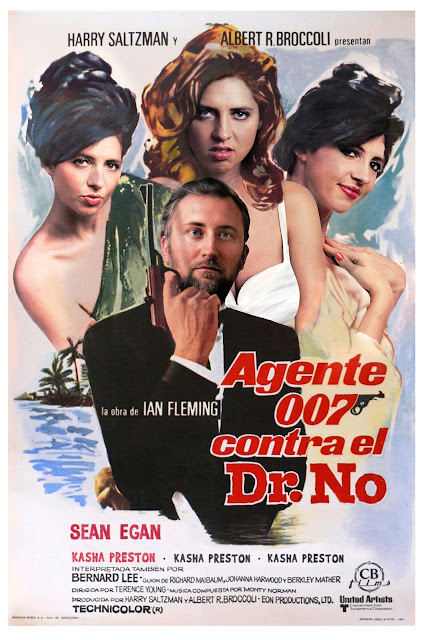 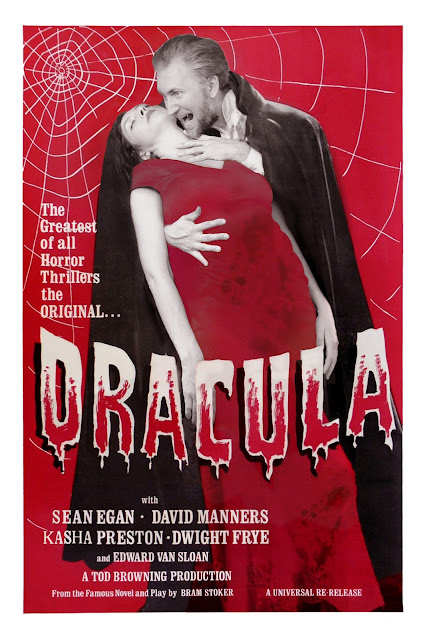 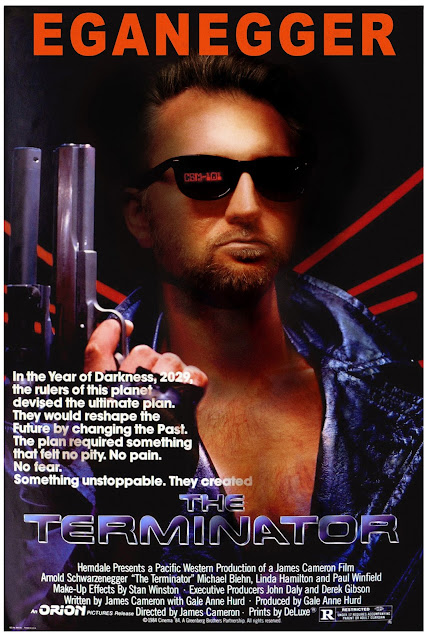 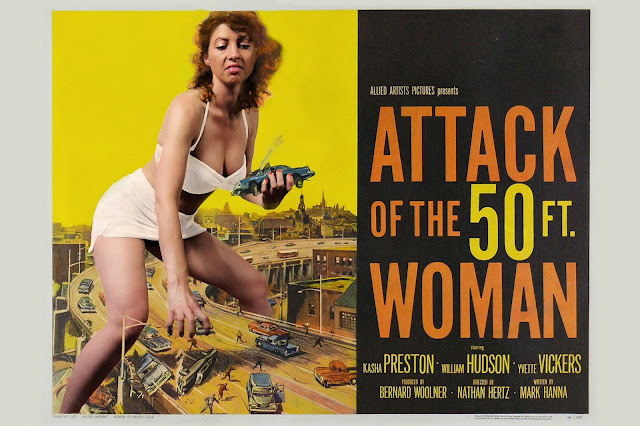 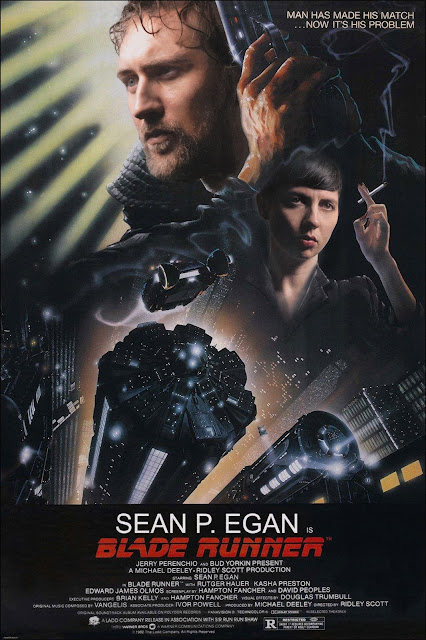 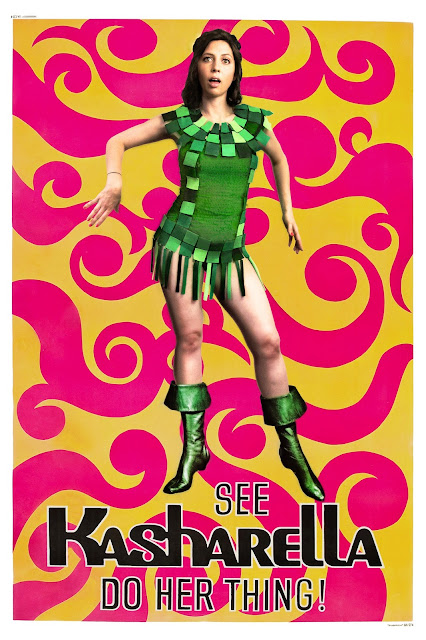 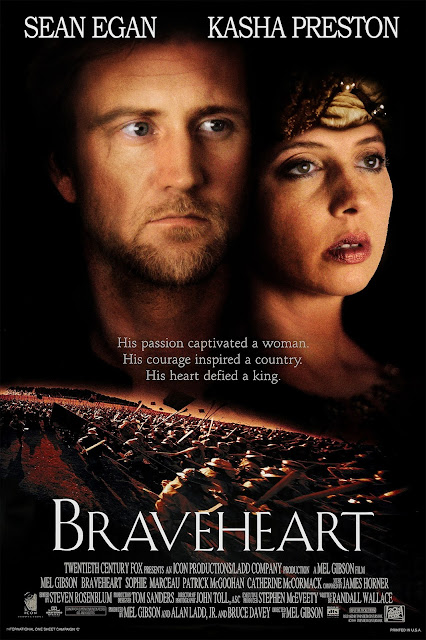 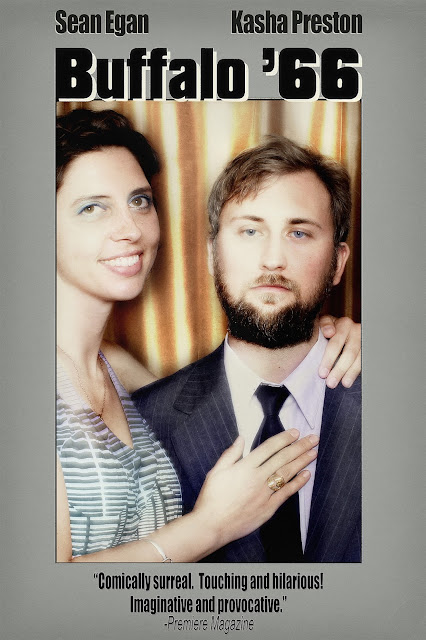 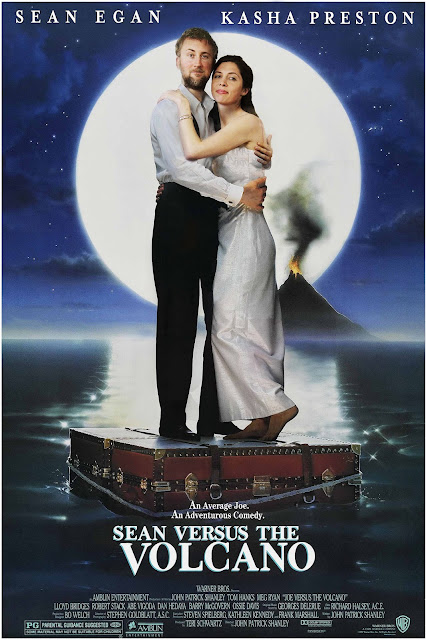 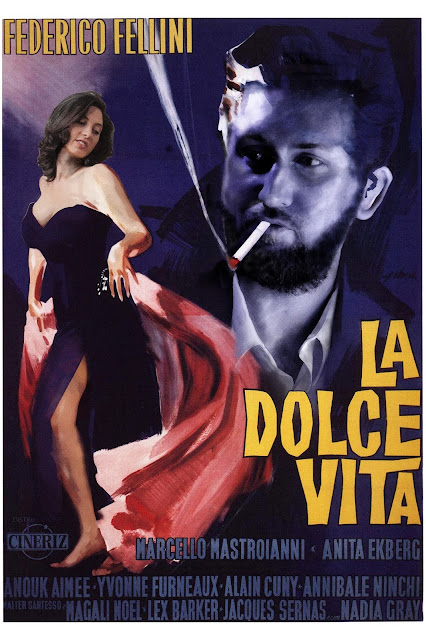 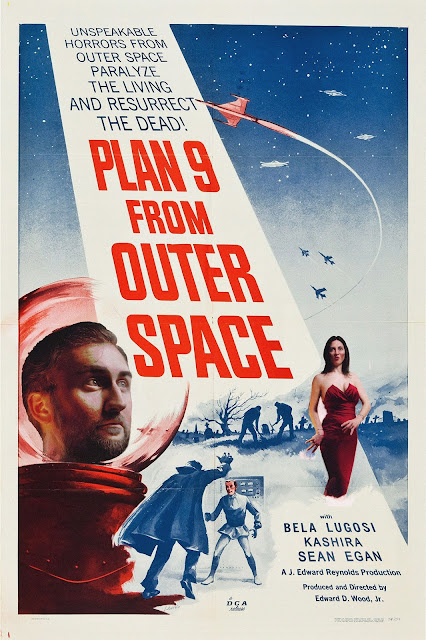 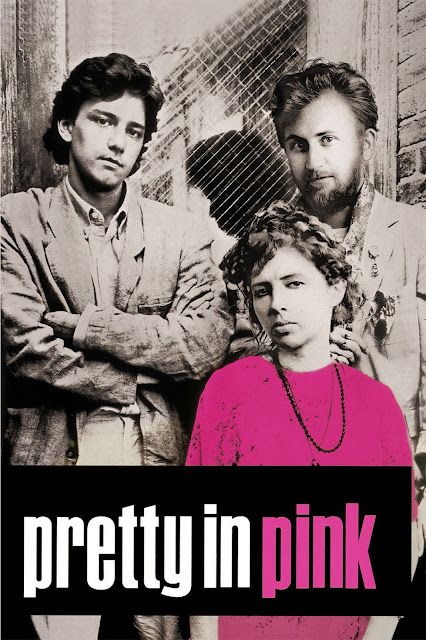 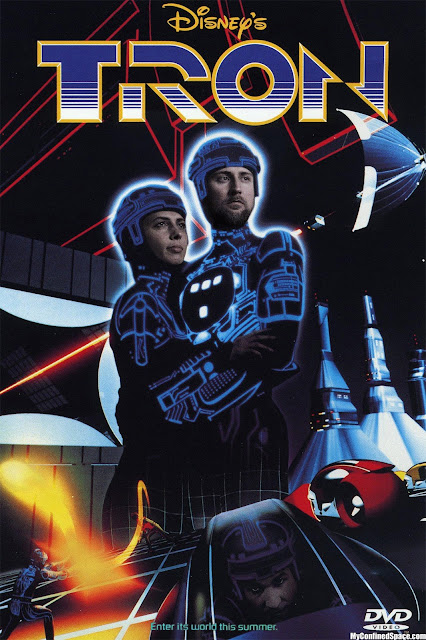 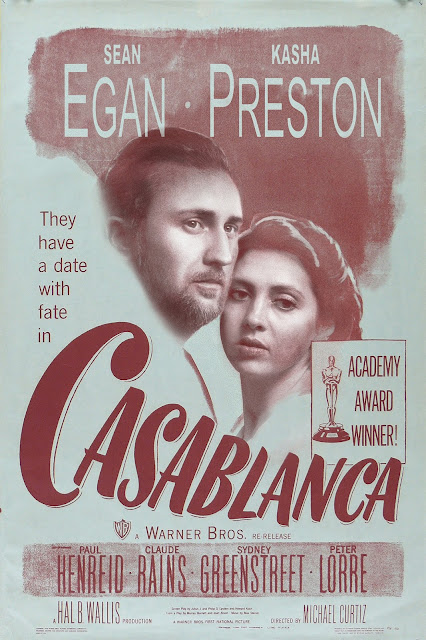 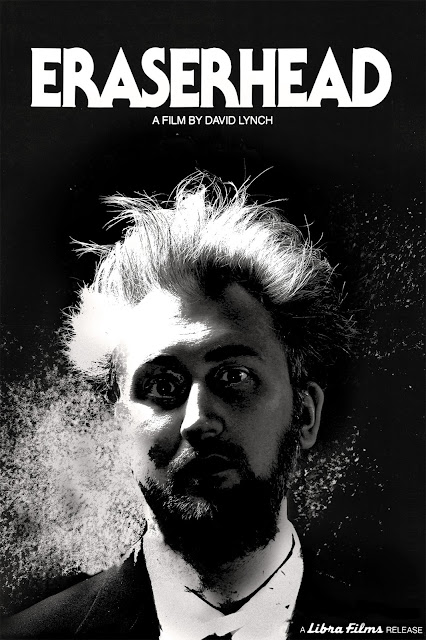 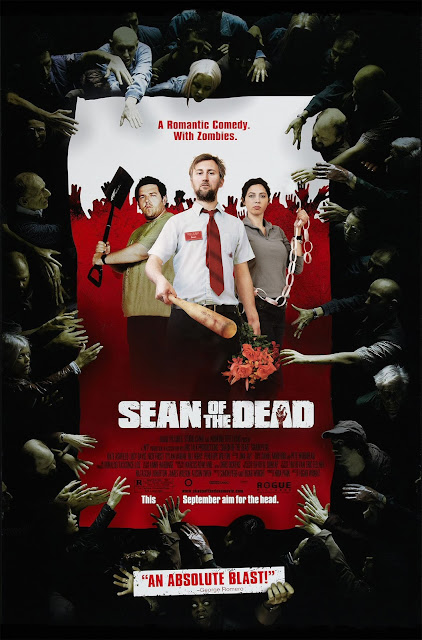 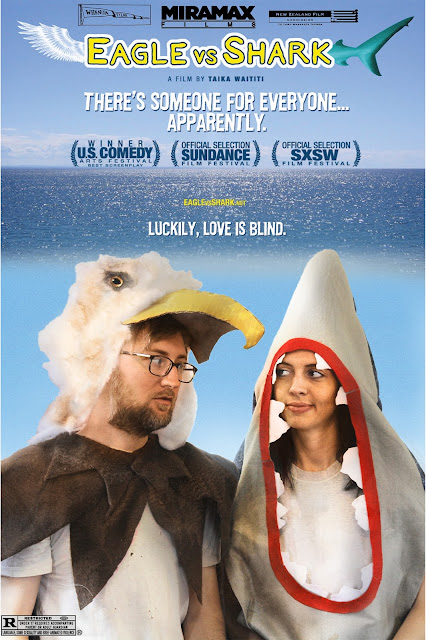 They're not perfect but they were fun to make in our "spare time" leading up to the big day!  hahaha

For a bonus, here is a link to a recreated youtube playlist of mostly silent films/clips (all on mute) projected during the reception:

We are so incredibly happy with how everything turned out!  We had the best time ever at the reception and truly appreciated everyone coming to share and have fun with us  :D 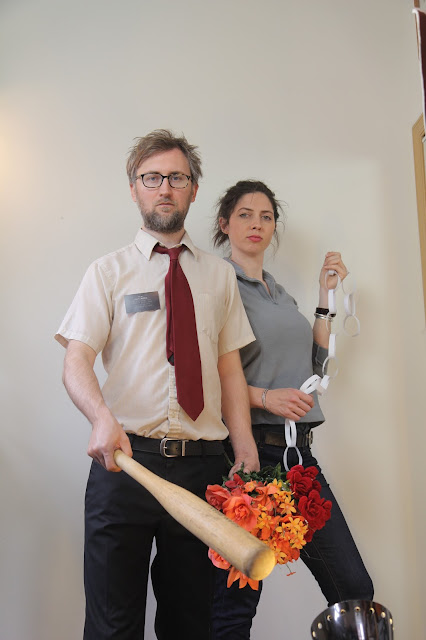 Everything was done super cheap (aside from the printing and frames afterwards), we bought some props/dresses at a thrift store and used mostly stuff lying around the apt.  I'd say the budget was under $50 for all those extras.  I originally planned to use prop fun guns but couldn't find any worthy options so just cheated with what was in the original posters.  We used the Eagle vs Shark costumes we fabricated for Halloween a few years ago.  The only thing we had to make was the Barbarella costume (Kasha used a glue gun n' felt) as the original lofi/diy option proved too pathetic to stand by :) 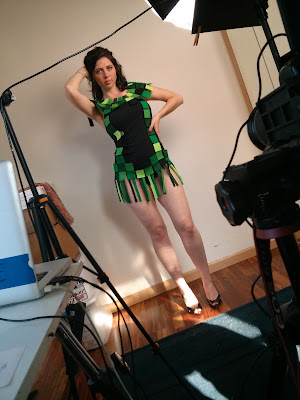 The Buffalo '66 pic was a very small scan taken from a photobooth snap from a wedding we attended a few years ago - looking at that was actually the impetus for the whole project after seeing the empty poster cases at our venue, The Sedgwick Theater, in Philadelphia.  That's why it's not as closely recreated as we'd like but hey a bird in hand they say!  Still we were only going to do only a few more "easy posters" but then realized we needed to do at least 15 to fill a gallery space in addition to the poster cases at theater.  Narrowing them down was tough. 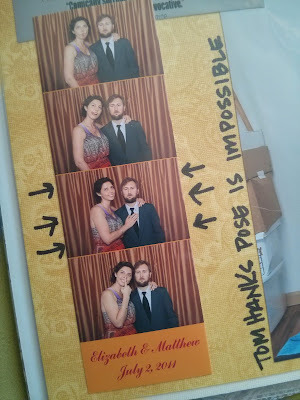 Eraserhead was done last and quickly and is the weakest in my opinion - I thought it'd be the easiest but I was dead wrong.  I wanted it to be my favorite but it's not.  C'est la vie.  However, I don't have plans to work further on any of these... all the little mistakes I keep finding now are just kinda funny. 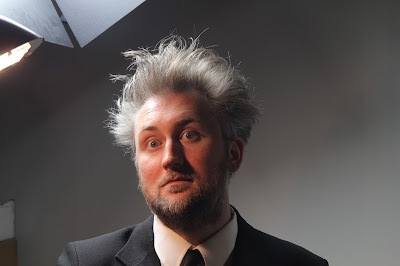 We were going to do Creature From the Black Lagoon and Army of Darkness but decided near the end they were too "illustratory" AKA too hard for the schedule and subbed Pretty In Pink and Braveheart instead.

Canon 60D with 17-55mm USM lens + Magic Lantern for the intervelometer constant burst feature, monitored from super buggy and unreliable canon EOS software on a crapbook - I mean old macbook, a couple desk lamps and luckily 1 borrowed flo light the bail us out of near darkness (and lighting mediocrity)...  Pretty basic "flatter" camera profile I think.  Shot on raw+jpg mode but only used the .jpgs for the final work, go figure.

We used some white matteboard to "bounce" some light and used the natural light during the day while taking advantage of the evening for more dramatic lighting setups (Blade Runner, Pulp Fiction, Braveheart, etc.) since there was no excess ambient light to deal with.

Lastly, I should mention I did put in some time with the ol' photoshop machine to finish these suckers.  This is how I finally after all these years ran into the 2GB file limit for .psd (I think use .psb instead I learned after the fact).

Sometimes the main challenge was choosing to move away from the reference when faithfully recreating them wasn't really possible and/or just looked weird such as getting that smudgy painted look or crushing the blacks too far to the point of distortion (e.g. Buffalo 66', Blade Runner, La Dolce Vita, Plan 9, etc.).  My mileage for being proficient n' fast vs. a silly perfectionist varied a lot but having a super limited timeline helped keep that in check!

That's one thing that is great (and forgiving) about getting that final "generation" in your prints - it really helps tie all the black values together and give everything one final blend provided you've added some subtle noise and other balances to try matching those texture heavy references.  Thus the equal importance of always printing proofs on the same paper stock if possible, even if they are much smaller they can show you where your problem spots are and where other details you worry about don't actually matter in the end. 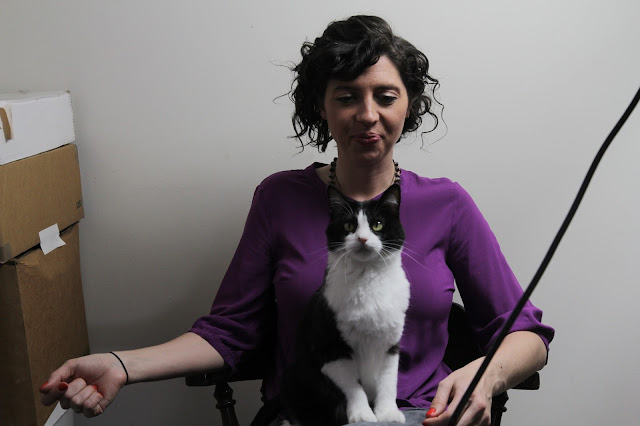 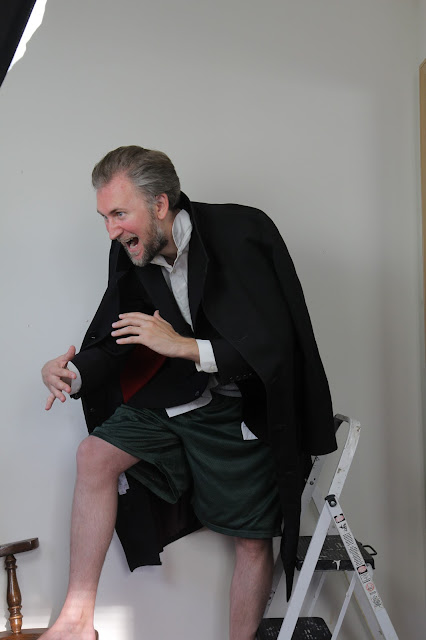 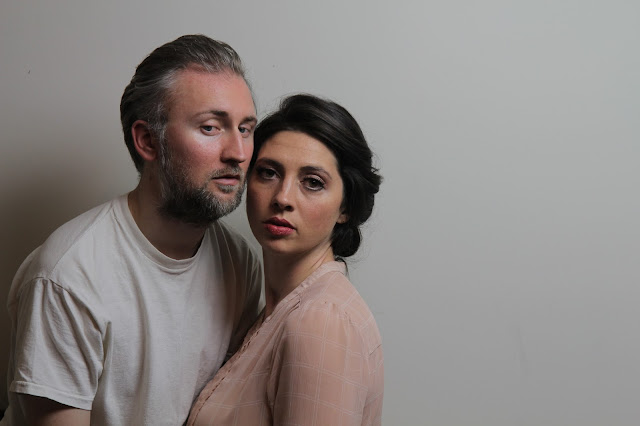 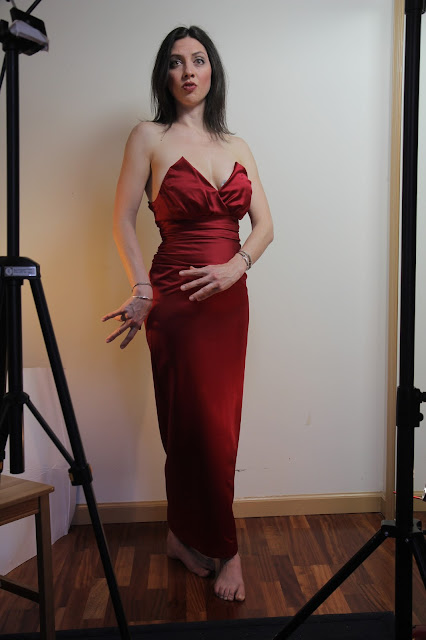 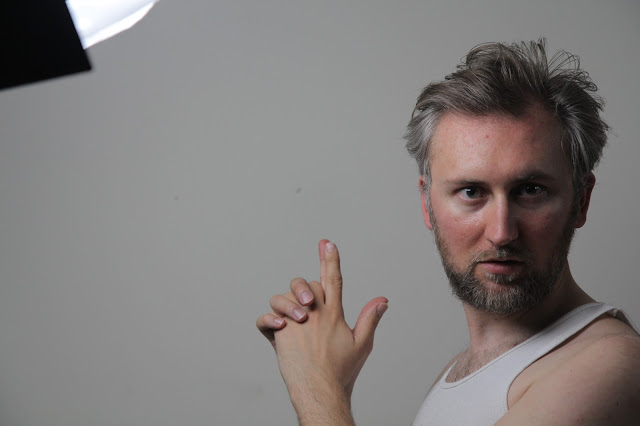 ...and hanging on our wall is our favorite:

Sean P. Egan
spegan(at)gmail(dot)com ...Raised in Oklahoma. Went to college for architecture. Mostly self taught at the other stuff. Enjoys random projects and new challenges.